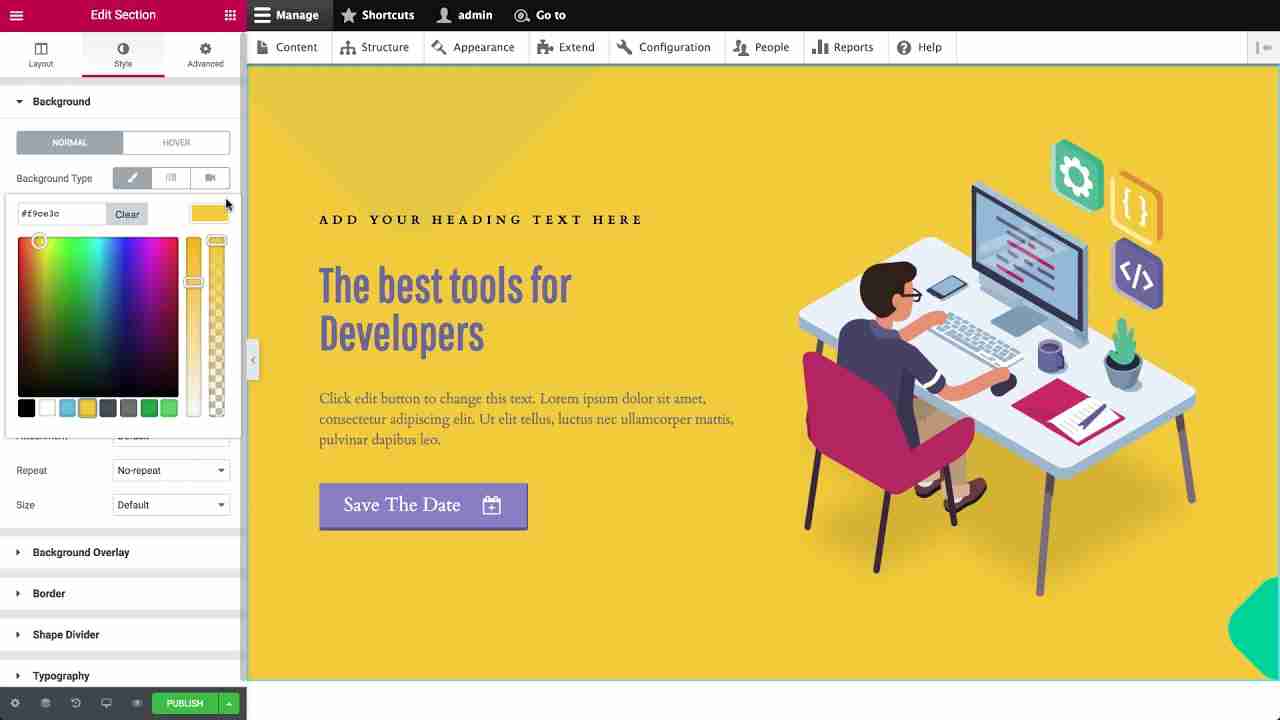 I’ve been using Drupal for the past 13 years and I have been swinging from a fierce love and prolonged era where I used it for everything to steering away from the monolithic beast and building more nimble and customized solutions typically using node.js , mongodb, elasticsearch and angular or react.

One of the key elements that have always driven me nuts was how hard it was to create a simple page with Drupal.
The frustration intensified as WordPress started providing more and more page builders and has made creating complex web pages accessible and easy (closing the gap to hosted systems like Wix, Squarespace, medium, etc…)

And then came Elementor
Elementor was built by an Israeli WordPress theme development company called pojo.me to scratch their own itch and has built an open-source page builder, their project has rapidly been growing and gaining adoption and excitement throughout the WordPress community. It has grown to more than a million active users in 18 months. 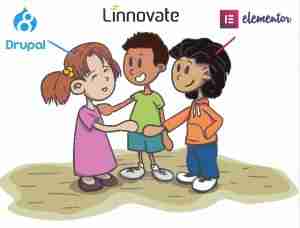 I had the luck of hanging out with the Elementor team when I attended WordCamp Paris about 2 years ago and was astounded by how cool and intuitive Elementor feels when building WordPress pages.
Although Elementor was built to be a WordPress builder a lot of the design choices were implemented in a way that elementor is its own thing pretty independent from WordPress implementation and technology.
The “editor” lets you create and reuse complex visual layouts and creates a JSON-based representation of composed layouts and the “parser” takes that JSON and transforms it into HTML.
This independent implementation let us believe that we can adapt elementor to run on Drupal — and with the generous sponsorship of the Elementor team, we built a version for Drupal!

You can download the project from https://www.drupal.org/project/elementor and the code is being actively maintained at https://github.com/linnovate/elementor-drupal
I created a very basic video to show you it in action …

Beyond the basic (mind-blowing) features of Elementor (which you can see in the video below), we added a few additional things that are Drupal specific which give a taste of how we can harness some of Drupal’s power and inject it into the awesome layout and design reuse capabilities introduced by Elementor.

But what about the “Drupal way”??

Drupal famously has a code that is often referred to as the “Drupal way” and this really does not feel like the drupal way (where anything I use and present was described as nodes, fields, and entities).
This feels very different but I would argue that the “Drupal way” recently has been to raise our heads beyond the Drupal community and the Drupal way of doing stuff and adopting and harnessing the momentum energy of other projects and communities.
This trend can be seen by the success in adopting Symfony, twig, composer, and other projects.
I think that Elementor is an amazing way to tap into a rapidly growing project that deals in the Frontend and makes page composition for Drupal as easy as WordPress, Wix, or Squarespace.

Elementor and Drupal together will help us at Linnovate build component-driven websites and web applications and I see Elementor as an important part of managing the complexity derived from breaking down pages to components.

These are the first baby steps of what I hope will be my personal way of reconnecting with Drupal and loving it just as I did when I started out with Drupal 4.5 about 13 yrs ago. 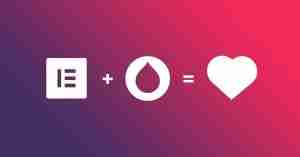